Selecting good routes is extremely important part of your security planning especially in hostile areas or in times of civil unrest. In theory the best routes should allow the vehicles to travel at the maximum legal speed limit with as little congestion and as few stops as possible but in reality this can be a difficult thing to achieve.

Firstly, you will need to select the routes available on a map and also use programs like Google Earth to view photos of the intended route. In the perfect circumstances the routes selected would need to be driven at the time of day you’d be using them so vehicle and pedestrian traffic flow could be assessed and also at a quiet time so a detailed survey of facilities and danger points can be compiled. You will need to plan several routes to and from each location and these will need to be varied as much as possible. In a high risk environment if you use the same route time and time again you will be asking for trouble.

The route selection needs to be broken down into simple stages and the time it takes to complete each of these stages recorded. This is because if there is a loss of communication with your vehicle at a certain time, then your location can be estimated by those your checking in with and will help people to know if your vehicle is overdue and might be in need of assistance.

Things that could considered as danger points on your routes would be anything that could slow you down or could conceal an ambush.  These could include bridges, roundabouts, woodland, junctions, tunnels, culverts, narrow roads, one-way streets, areas of busy pedestrian or vehicle traffic, known criminal areas etc. Things to be especially suspicious of would include road works, lone-parked cars, pan-handlers, diversions and temporary stop signs. Now in reality if you live in a busy urban area I expect you will have to drive past the majority of the things listed to avoid on your daily journeys. In such environments you need to vary your routes as much as possible and take regular counter surveillance procedures. Also remember, if I know how someone has been trained I can usually predetermine the routes they will select, if I can do this so can the criminals.

Most conventionally trained security drivers are taught to take the most direct and fastest routes between locations, which are generally easy to determine. If I was a criminal targeting them I would just wait at a stop light along their route for them to show up. I am personally all in favor of using quite indirect routes which make it easy to identify if you’re being followed and makes it a lot easier to change routes fluidly and unpredictably if required; this not the case on a motorway with limited exits and heavy traffic.

I am also not a big fan of GPS and I find it astonishing the number of people who blindly follow GPS directions right or wrong. GPS are an aid to navigation not a means of navigation. I have had many people go through my course who have gotten lost by relying in GPS; they were taken to the wrong locations or the locations I gave them were not in the GPS etc. You need to be able to use a map and compass and plan your routes properly, this might take you 5 minutes, which in today’s world is a long time but better 5 minutes planning than a couple of hours driving around lost.  Another take on GPS is that if I am a criminal who is watching you and see you’re using a certain type of GPS, all I need to do is buy the same model and it will tell me the routes you’re using between different locations, again no need for me to put you under surveillance.

Basic considerations for selecting routes are you must avoid routines, especially in daily journeys, keep your travel details secret, issue only rough timings in advance, use the most secure routes not the shortest, have a detailed reconnaissance done of the routes to be used, know what you’re going to do in the case of a break down or a security issue and know where there are hospitals and other facilities on the route.

The ambush tactic, in one form or another, has been used by hunters, criminals and military units for thousands of years. They are commonly used tactic in kidnappings, assassinations and they can involve anywhere from 2 to 200 personnel. Ambushes can occur on busy city streets or on remote country roads.  When traveling in a vehicle, your best defense is speed. A trained ambusher will look for natural obstacles on a route which will force a vehicle to slow down.

In high risks areas you need to take into consideration what you are going to do if ambushed, your reaction will depend on the country you’re in, the manpower and equipment you have available. A large percentage of attacks occur when targets are traveling in, approaching, or leaving their vehicles. Attacks can range from explosives being attached to a vehicle at traffic lights to full-scale military ambushes using assault rifles and light anti-tank weapons.

Your best defense against these attacks is your personal procedures of selecting safe routes and not using the same routes all the time and keeping details of your movements secret. If an ambush is properly planned, placed and the attackers know how to use their weapons there is a very good chance they will be successful and you will take casualties to say the least.

The attackers have the element of surprise on their side and the whole attack could last less than five seconds; to survive, your reaction must be simple, aggressive and fast. Your main objective will be to get out of the attackers killing zone as quickly as possible. You must always be aware that the initial attack might have just been a diversion to direct you into the main ambush or that the attackers might have deployed cut off teams to take you out, if you escaped the killing zone.

If ambushed speed is your best defense, remember, fast moving targets are harder to shoot that slow moving or stationary targets. To avoid ambushes, use fast roads and try to avoid places where you are forced to drive slowly, this is difficult in busy urban areas. If you are ambushed with small arms, drive through it as fast as you can. If you are traveling in a convoy, it may be possible for the chase car to attack the ambush or if there is a lone shooter, run them over. What you do will depend on your manpower and firepower. If the road is blocked to the front of you by a large obstacle or vehicle and you have a clear road behind you reverse out, use simple driving techniques; don’t use complicated techniques that you have seen in the movies.

If you are blocked to the front and rear, say in traffic or immobilized and taking fire, you will need to evacuate on foot. When you evacuate on foot stay low, bound from cover to cover and run as quickly as possible. Be aware that obvious escape routes might be booby-trapped and make maximum use of smoke or CS gas grenades to cover your escape.

Here the guidelines for an unarmed contact drill that can be used if you encounter a manned road block and are in an area where you cannot carry weapons.

A consideration on weapons: In some hostile environments, criminals and terrorists put up roadblocks that can contain anywhere from 5 to 200 criminals or guerillas carrying automatic weapons. Think about it, you may have a couple of 9mm pistols in your vehicle but 5 guys with AK-47’s can put out 150 rounds, which will go through un-armored cars in just a few seconds. Additionally, in some places, if you are a foreigner and you are caught with a pistol by criminals or terrorists, you could be mistaken for being a spy and executed on the spot.  If you are going to carry a pistol, it’s best to go with a type not issued to law enforcement and military personnel; a Nickel plated .38 revolver says your careful where as a Glock can say your police!

This drill was worked out for a client who lived on a very volatile Caribbean island. Firearms were available but if they were found by local police at a routine road block they could lead to the client being arrested or getting severe beating. The client’s main threat was from driving into illegal roadblocks at night. This is a simplified version of what I worked out for him.

This drill is simple but it still took a fair bit of organizing and practice to get right. You need to work out what threats that you’re most likely to encounter, then plan your reaction and then practice it.

8 Helpful Tips for Introducing the Prepper Lifestyle to Your Family

What is Your Self-Quarantine Plan?

This site uses Akismet to reduce spam. Learn how your comment data is processed. 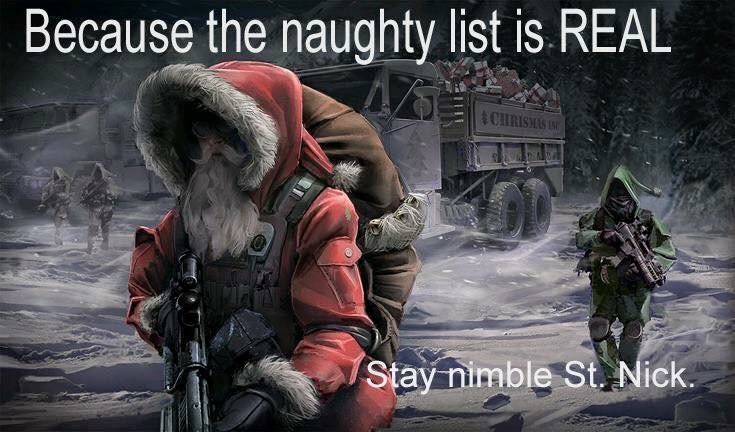 Merry Christmas to you too Wyatt!!

Following along Mr. Wilson’s thoughts here, consider having 5 or 6 different ways to get across a body of water or the interstates. Know how to get from a failed approach to the alternates. What I mean is, once you identify option 1 is no longer an option, know how to divert toward option 2. Don’t be the one guessing, be the one who already thought through the scenario, and has options.

Also you can use cars exaust sistem to put a small nosle in it for anti freeze liquid to be pumped, thats makes a tick fog nobody can drive trough!

You really need to learn how to spell!!!

Late to the party, but: Lots of food for thought here, although “hopefully” some of the nastier scenarios won’t be applicable to the states. Something I’ve been scouting is off-road “exits” from the parts of interstate I travel daily. should it go up, no matter the cause, I refuse to be part of the stalled, endless parade that a major event will create. I’ve seen and endured such during a severe snowstorm here – all it takes is for a tractor trailer or two to jacknife and take a few other vehicles with it. Instant parking lot.. Unnoticed to the… Read more »

Depending on the distance required to get home, that’s completely viable. In other cases, if you had to move longer distances, you may never get home sticking to those easements. Its all about knowing the terrain, and having options.

The Prepper Journal is a participant in the Amazon Services LLC Associates Program, an affiliate advertising program designed to provide a means for sites to earn advertising fees by advertising and linking to Amazon.com.

The content on The Prepper Journal is provided as general information only. The ideas expressed on this site are solely the opinions of the author(s) and do not necessarily represent the opinions of anyone else. The author may or may not have a financial interest in any company or advertiser referenced. Any action taken as a result of information, analysis, or advertisement on this site is ultimately the responsibility of the reader.